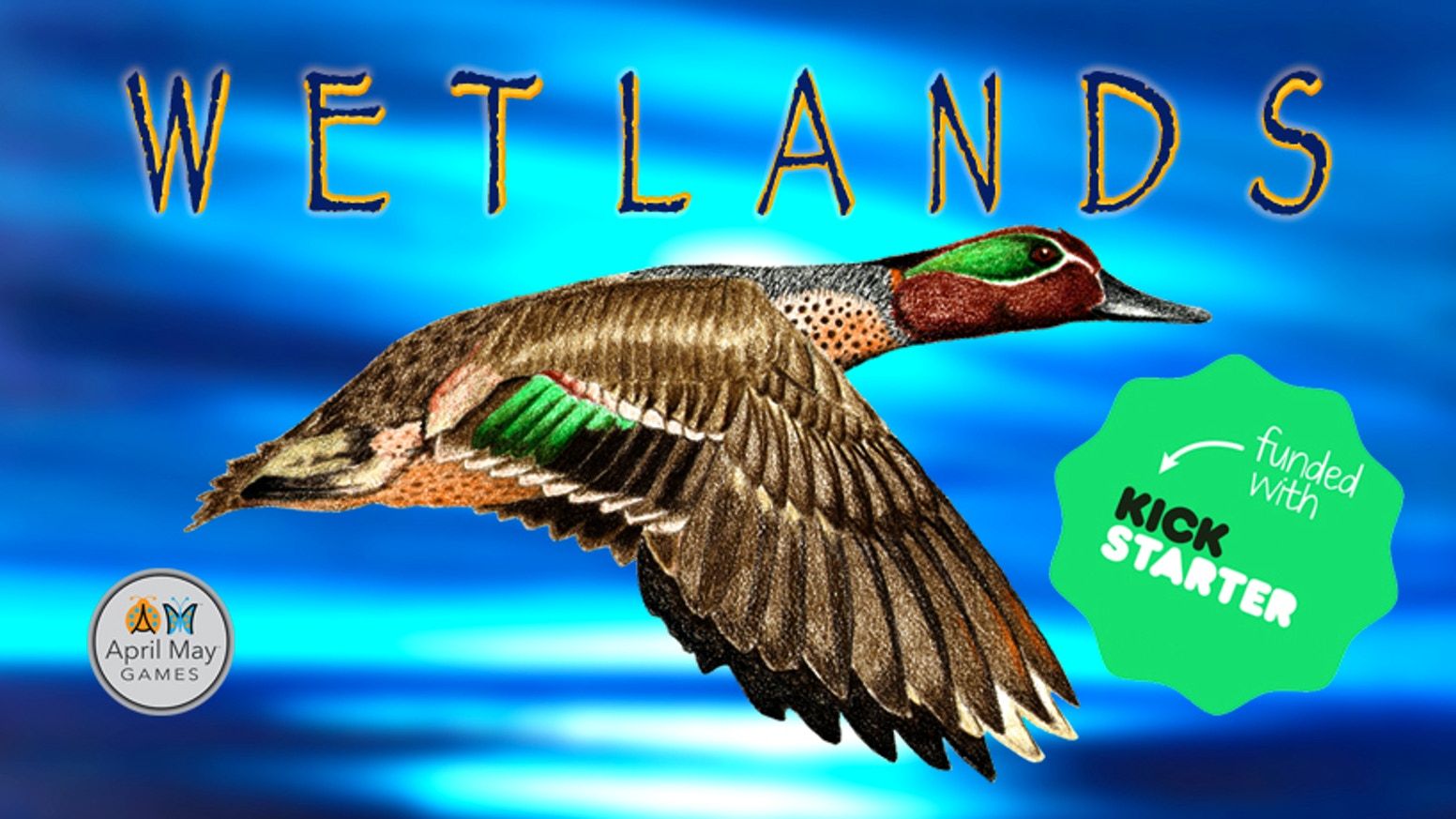 In 2018 we decided to include a waterfowl expansion for Backyard Birds. Originally we planned on adding about 20 different waterfowl species; however, we quickly realized that the expansion could easily be made into its own standalone game. We added an additional 20 species and significantly changed the game mechanics from the original Backyard Birds.

Capture as many wetland territory cards as possible using carefully assembled flocks of waterfowl birds. Territory and waterfowl cards award victory points and the most victory points at the end of the game wins.

On your turn, a player can perform one of six actions, acquruing territory, enabling abilities or events. If none of these can be done, the decks can be shuffled instead.

The game will end after the last wetland territory is revealed from its supply pile then all players play one more round. Add up the victory points for your wetlands and the waterfowl on the wetlands. Remember to make any adjustments from event cards. Waterfowl in your game area will not score.