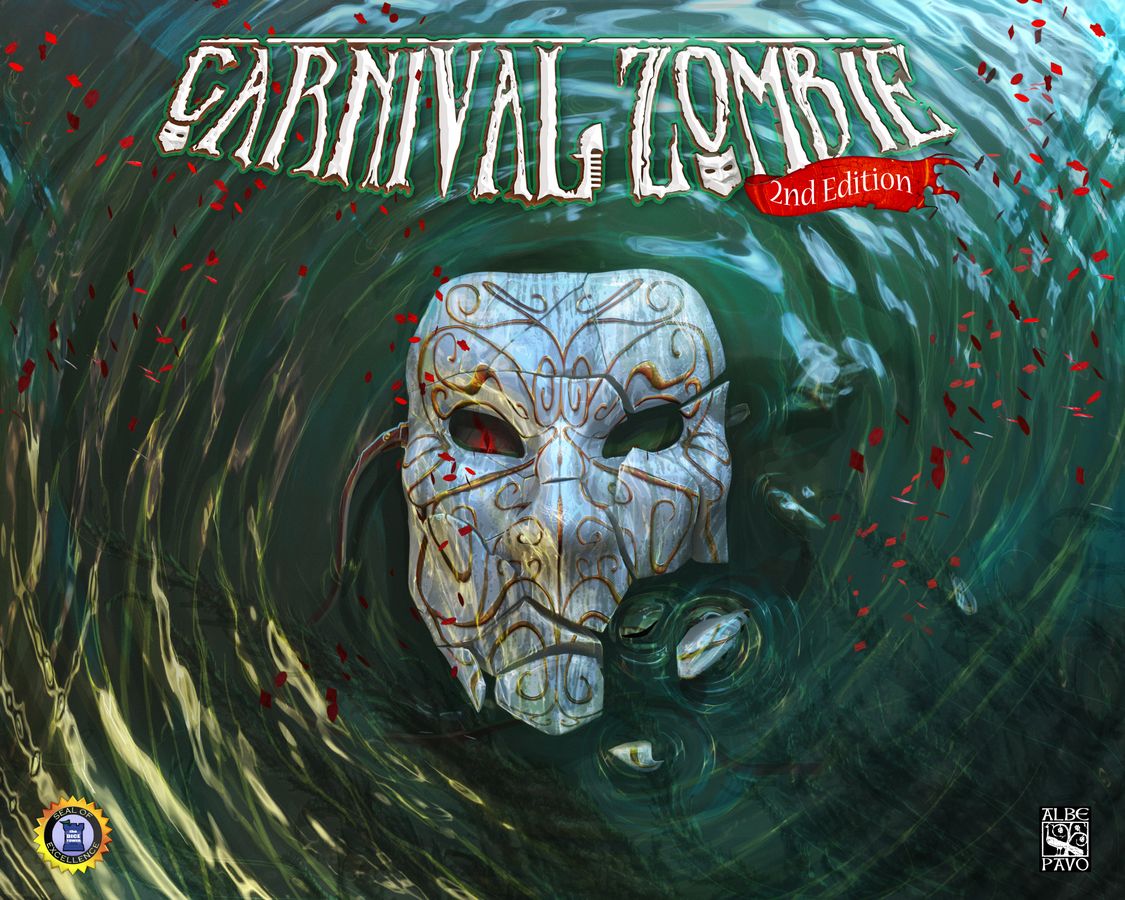 Carnival Zombie is a co-operative board game for 1 to 6 players, following a group of characters who are fleeing on terra firma from a sinking city overrun by zombies. Players control this party of heroes as they fight their way to one of the possible escape routes out of the city. During the night they face restless hordes of zombies, while during the day they recover, move, or search for useful items and survivors.

The second edition includes new scenarios that will allow you to face totally new challenges! Some of the features that you will find in the scenarios are tutorial scenario, shorter & harder games, traitor mechanics, scalability (variable number of characters, one character for each player), competitive game, more dexterity game and night-only scenarios! Finales also can be played as stand-alone scenarios!