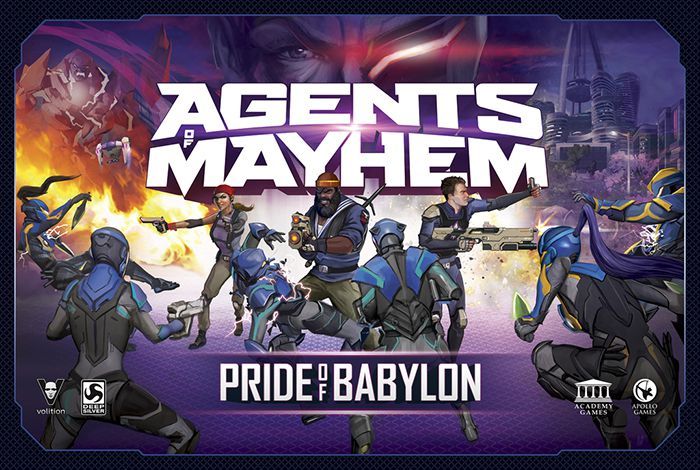 Agents of Mayhem: Pride of Babylon

Based on the Volition Deep Silver video game, Agents of Mayhem: Pride of Babylon is a competitive 32mm scale miniatures game that pits the evil LEGION (the League of Evil Gentlemen Intent on Obliterating Nations) against the more heroic, but potentially just as chaotic and destructive MAYHEM (Multinational Agency for Hunting Evil Masterminds).

The game is played out on a map featuring multistory, modular buildings that can be destroyed and altered as the battle rages on. Miniatures combat itself is asymmetric, as the LEGION player runs an entire army of diverse and fearsome robots, dark matter powers, giant golems, and doomsday devices, while the MAYHEM player gets to build a team of three elite specialized agents, and give them unique upgrades to build on their individual strengths and shared synergies.

The game features a procedural campaign, which has the MAYHEM player keeping their agents' progress and upgrades through a series of missions, while the LEGION player deploys more fearsome and dangerous squads of troopers. Choices made, victories and defeats, and buildings and blocks damaged and destroyed in combat will affect later missions and ensure that every campaign plays out differently.